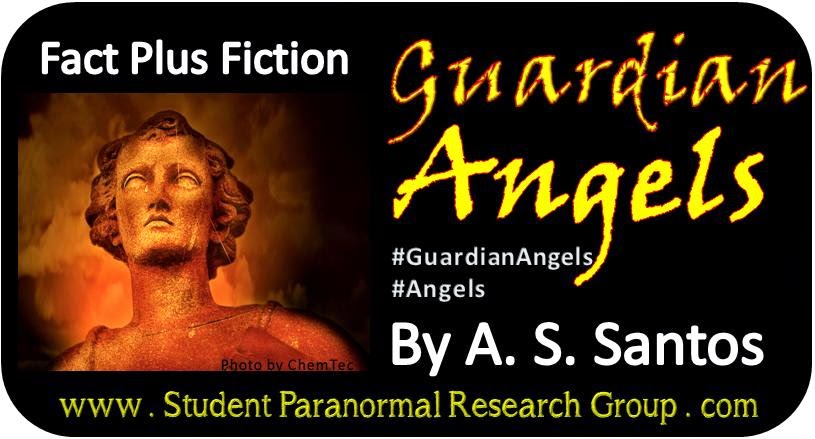 The SPRG Trilogy is a work of fiction… but did you know that all its three books are filled with details and tidbits that are actually based on fact? ;-)

The concept of Guardian Angels is one of them.

In fact, the whole SPRG series itself includes angel characters who are essential parts of Sam's growth and development, not to mention the whole plot.

In real life, thousands of people have actually had experiences that could be called "angelic interventions."

...and SPRG Trilogy author A.S.Santos herself has had a few of them.

Here is one specific experience:


A.S.Santos had been very sick that day.

But she had a very important project deadline, and she needed to have a thick envelope of documents submitted to the AC Nielsen office by 1pm.


At 10am she asked the only available person in the household to please submit the documents personally for her. That person was Gloria.

Gloria had never been to Ortigas, or to AC Nielsen.

So all she had were A.S.Santos' instructions: Take the EDSA bus. Get off at the corner near POEA. And from there ask around for directions to the AC Nielsen building.

At 12:09pm Gloria was standing at the sidewalk near POEA, clutching the brown envelope filled with important documents, and looking around at the people quickly passing her by.

Suddenly a 20-something guy in a red-and-white striped shirt came up to her and said, "Miss, the office you're looking for is just four buildings away," he said, pointing in a specific direction. "AC Nielsen is in that gray building over there. You can't miss it."

The guy smiled and walked on.

It was only a moment later when Gloria realized:

She had not even asked him her question!


She looked around for the guy again -- it had been only 5 seconds since he talked to her -- but he was nowhere to be found. She could not find anyone wearing a red-and-white striped shirt.

Gloria followed the instructions he'd given her, found AC Nielsen just as the guy said, and was able to submit the documents on time.


When she returned home that afternoon she told everyone what happened, and A.S. thought, "Those documents must be more important than I thought!"


Have you ever had a strange experience that you feel could be called an "angelic intervention?"

Tell us about it!

Posted by Unknown at 2:59 AM No comments: