A.S. Santos has been writing for magazines since the age of 14, and has worked professionally as:

The author’s own experiences with the paranormal began in high school, culminating in disturbing encounters with the Ouija board.

Since that time Santos became interested in the paranormal, but mostly in the scientific theories about what makes paranormal phenomena possible.


Origin of the SPRG Series

In 2009, Santos was working on a booklet called “The Top 12 Things Teens Need to Know About the Paranormal.” It was a personal project, designed to help teens today better understand the paranormal experiences they may have.

But that booklet project was abandoned, when in the middle of researching it the author suddenly had the idea for a three-book series about a teenage girl who gradually develops her psychic abilities upon joining her school’s paranormal research group.

And that was the beginning of the SPRG series.

(TRIVIA: A.S.Santos is a fan of Harry Potter, Buffy the Vampire Slayer,
the Mortal Instruments trilogy, and the Hunger Games.)

A.S. Santos has already done author visits with groups of college students who used the book Voices In The Theater for their English book reports.

Santos has also guested in a morning radio show one Halloween day (October 31, 2012), and -- while answering questions about the paranormal from callers -- actually experienced a paranormal event during the show.

If you would like to invite the author for a public appearance, kindly contact the publisher here for possible schedules. A.S. Santos particularly appreciates connecting with readers through: 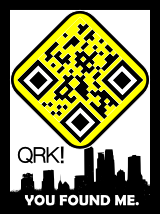