Diary of a Psychic

"Talking to ghosts is addicting. One afternoon, during her senior year at Colegio de Santa Rosa in Intramuros, Aileen was playing Spirit of the Coin with her classmates. “Spirit, spirit, are you in?” they asked. The spirit eagerly answered their questions. When the Angelus bell rang at noon, Aileen and her friends said good bye. “No,” the spirit answered..."


SPRG Trilogy author A.S.Santos was interviewed by MANILA BULLETIN staff this past Halloween week, and the article is now online! 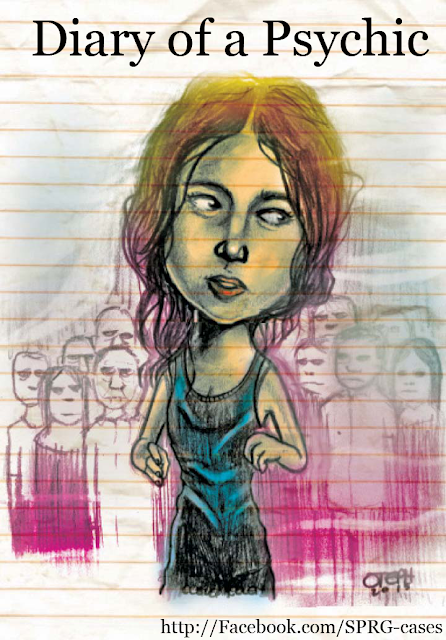 Posted by Unknown at 4:04 PM No comments:

"It's Complicated" In A Whole New Level 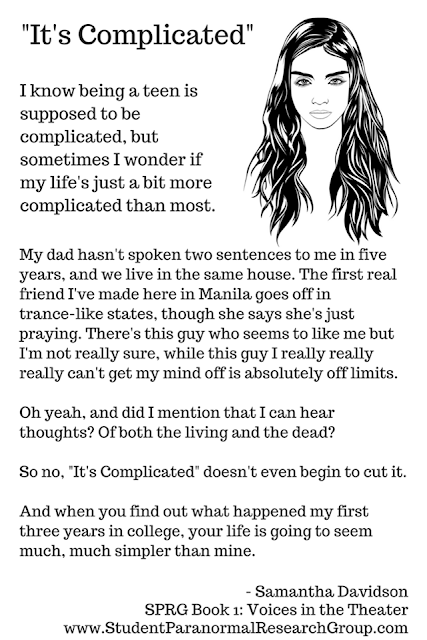 Teen romances are exciting, complicated, and possibly heart-pounding in more ways than one.
.
We read them to feel more excitement than what we get from real life.
.
We also read them so that -- when we do get back to our "unexciting" real lives -- we also feel a sort of relief that we won't have to deal with those exciting, complicated, and heart pounding things we just read.
.
Because we have homework, deadlines, and chores to deal with.
.
And sleep. wink emoticon Sleep is always good.

Author of the SPRG Trilogy
Posted by Unknown at 4:06 PM No comments:

The Battles We Face 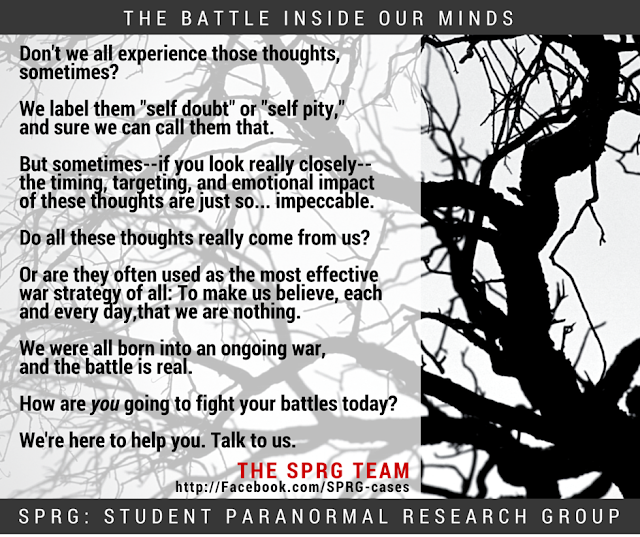 This year you must definitely go out & conquer the world. But in order to do that, you must first learn to conquer your mind.


Is It Really Just A Game?


Ouija boards have been around for some time, and most people believe it's just a game board.

(It was actually marketed as a game board when it was first advertised in 1891.)


There are also many sound scientific explanations for how the planchette could move across the board and point to specific letters even when none of the participants "are doing it."

The ideomotor response, for example, is the phenomenon where people make motions "unconsciously" due to the minute tremors our muscles make. When we take this into consideration along with the collective beliefs and expectations of groups of people, then coherent responses can come out of a Ouija board even when no one is consciously making it happen.


But we all know that life isn't always all explained by science. In fact, there are so many things that scientists can only theorize about but still can't understand or explain.

So along with the possibility that there are scientific explanations for the Ouija board phenomena, there is also the fact that a number of people have had paranormal experiences following their use of it.

(One of them is the true case of Robbie, which actually became the basis for the movie "The Exorcist.")

Here are some of them.